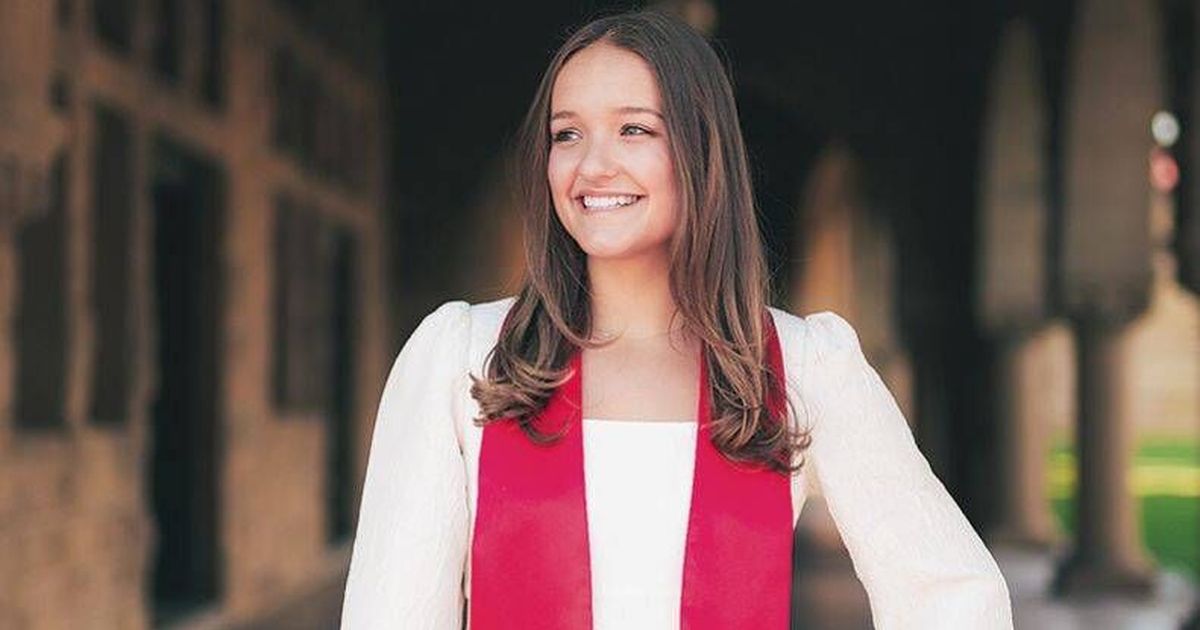 Ten years ago, when she was 12, Brooke Martin invented a device that allowed dog owners to video chat with their pets and give them treats remotely.

The company that formed around this invention, iCPooch, exploded in popularity, but quickly fell.

It was closed in 2017, but Martin maintained his entrepreneurial momentum.

“It’s cool getting to know her,” Martin said, speaking from Northern California where she now resides but still uses a phone with a 509 area code.

Floodgate specializes in pre-seed and seed investments, she said.

“We are the first to register and the first to believe in entrepreneurs with their first stages of ideas,” she said.

In his current role, Martin works with young founders, supporting them with resources and mentorship.

“I know what it’s like to be a young, first-time founder,” she said. “I’m grateful to the people who tried my luck.”

She said Stanford was her longtime dream school which was made more realistic when she started working on iCPooch and learning entrepreneurship with the support of her father, Chris Martin, and the angel investor. of Spokane, Tom Simpson.

Startup Weekend was the predecessor to the current Sparks Weekend, a three-day event where would-be entrepreneurs compete in hopes of turning business ideas into startups.

iCPooch’s victory allowed a team of professionals to embrace the concept and help further its development.

Within two years, the iCPooch product was released to the market and garnered a lot of attention.

He won first prize in an “Inventions We Love” contest at the Geekwire Tech Summit in Seattle, and Martin appeared on the popular reality TV show “Shark Tank” to pitch to celebrity investors.

Although iCPooch was commercially successful for a while, the company closed down about five years ago. Martin cited issues with the company’s outsourcing.

“We should have redesigned the technology and the device,” she said. “We did our best to connect existing customers with a competitor who had a similar product.”

A few weeks after deciding to shut down iCPooch, Martin was accepted to Stanford University.

“One door was opening as another was closing,” she said.

At Stanford, Martin majored in management science and engineering at the university’s School of Engineering.

“I took a lot of computer, math, and science classes and dipped my toes into engineering and business at the same time,” she said.

She earned her undergraduate degree at the height of the pandemic. Because of this and other factors, she decided to get a master’s degree in the same department.

Martin capped off her Stanford experience with a three-month position as a teaching assistant in Italy on the Stanford program in Florence. There she worked under Tom Byers, who she says was one of the fathers of entrepreneurship education.

“I was fortunate to work with him throughout my time at Stanford,” she said. “He needed help with the Entrepreneurship and Renaissance class.”

Some of the class comparisons between Renaissance communities and modern innovations reminded her of the entrepreneurial environment she experienced in Spokane, she said.

“I was proud of Spokane and how it continues to grow and evolve,” she said. “It was a cool prospect to learn about that.”

She said her entrepreneurial experience at Spokane allowed her to share what she learned with other students.

“ICPooch is probably still the defining experience of my young life,” she said. “I learned so much from the angel investors, patent attorneys and entrepreneurs in Spokane that it gave me a strong motivation.”

And although the company is long gone, it’s still touted as a local success story at startup events.

For now, she says, “I’m going to stay here to work full time. Spending my time helping others and learning about technology and where things are going has been rewarding.

She does not rule out entrepreneurship in her future.

“I hold a book and write ideas in it,” she said. “I think I’ll eventually go back and start another business.”

Opening of a technology company on McCarthy Blvd. in Milpita