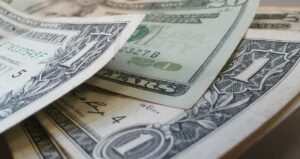 Tenacity Venture Capital surpassed its initial goal of $50 million, with new capital added despite its final close on May 5.

The fund will invest $1-3 million in pre-Series A rounds in tech startups primarily in North America and the UK, with a focus on coordinating Series A rounds.

Narasin said, “I know over 300 VCs at top 15 companies and I have 36 VCs as LPs, so getting founders to the right people at the right time for their A’s is my primary focus.”

Narasin joined New Enterprise Associates in 2017 as a partner after a year and 10 month stint at Canvas Ventures.

He has over 30 years of experience building businesses and investing in start-ups.

The company has raised capital close to its target of $2.9 billion for a new seed capital fund and secured $2.3 billion for its latest flagship growth capital fundraiser, NEA 18 Venture. Growth Equity, which is seeking up to $3.7 billion, according to filings. its filed with the SEC of the United States.

AltAssets revealed last November that NEA is back with a new flagship growth fundraising round, just one year after its $3.6 billion predecessor fund closed.

In February, the Texas County and District Retirement System agreed to commit up to $30 million to the vehicle.

Venture capital has a blind spot for the EV battery