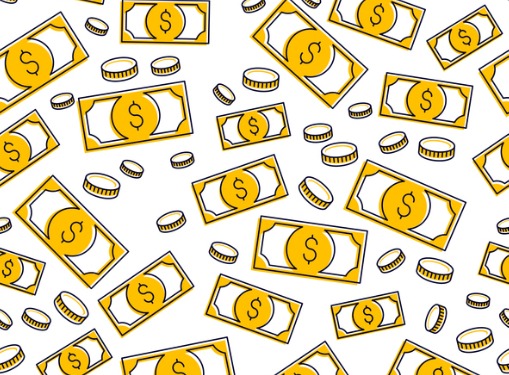 We end the week with twenty new venture capital deals worth noting.

These August 2022 VC transactions were all added to our free VC database in the past few days.

Lockheed Martin Ventures has made a strategic investment in Antaris, which offers an open, software-defined satellite platform. Antaris raised $4.2 million in the seed funding round, which was led by Acequia Capital. Besides Lockheed and Acequia, other investors included Ananth Technologies, E2MC Ventures and HCVC, Possible Ventures. The company is based in Los Altos, California.

CleverTap, a customer engagement and retention platform, closed its Series D funding round and raised $105 million. CDPQ led the round, with support from the IIFL AMC Tech Fund, Tiger Global and Sequoia India. The company is headquartered in Mountain View, California, with offices in Mumbai, Singapore, Sofia, Sao Paulo, Bogota, Amsterdam, Jakarta and Dubai.

Fortress Blockchain Technologies has raised $22.5 million in seed funding. The lead investor was Ayon Capital, with additional investment from Soaring Investment Management and individual investors. The company is based in Las Vegas and is building financial, regulatory and technology infrastructure for the burgeoning Web3 space.

B2B lender Founderpath, which helps businesses access short-term cash, closed a $145 million debt and equity financing round. Forbright Bank, Singh Capital, ZoomInfo, Brandwatch, Truebill, Par Tech and others provided the capital, which will be used to accelerate growth. The company is based in Austin, Texas.

Distribution platform NFT Pinata raised $21.5 in equity. The amount includes both a seed round of $3.5 million from 2021 and a recent Series A round of $18 million. Greylock, Offline Ventures and Pantera are the main investors. Other investors include Volt Capital, OpenSea and Alchemy. The company is based in Omaha, Nebraska.

PreciTaste, which uses artificial intelligence to improve restaurant operations, closed a $24 million Series A round. The round was led by Melitas Ventures and Cleveland Avenue, with participation from Enlightened Hospitality Investments and individual investors, including a former CEO of McDonalds and a former CEO of Burger King. The company is based in New York.

Privacy management platform Privya has won a $6 million seed round. Hyperwise Ventures led the round. Privya is based in Tel Aviv, Israel.

AgTech Produze secured $2.6 million in funding from Accel to advance its business model of helping local agricultural producers sell to international retailers. All in Capital and several individual investors also invested in the round.

Philadelphia-based ReturnLogic, a SaaS platform for returns management, closed an $8.5M Series A funding round. The round was led by Mercury with backing from White Rose Ventures, Ben Franklin Technology Partners and Revolution’s Rise of the Rest Fund.

Smartfluence, a SaaS company focused on influencer marketing, landed $2.15 million in funding in a round led by PACA Ventures. Thanks to Smartfluence, brand marketers can find the right influencers for their brands. The company is based in New York.

Spin Technology, which offers a data protection platform for mission-critical SaaS applications, raised $16 million in a Series A funding round. Blueprint Equity was the lead investor. Santa Barbara Venture Partners and Blu Venture Investors also invested. The company is based in Palo Alto, California.

StradVision, an AI-based perception processing company for autonomous vehicles, closed its Series C funding round and raised $88 million. ZF and Aptiv have made strategic investments in the cycle. The company is focused on delivering ADAS functionality at a fraction of the market cost compared to its competitors.

Vespane Energy, a company focused on methane mitigation, raised $4.3 million in funding. Polychain Capital led the investment and was joined by a number of climate-focused funds. The company is based in Berkeley, California.

Capitalizing on the ever-increasing interest in electric vehicles, WiTricity has landed a new funding round of $63 million. Siemens AG led the round, with backing from Mirae Asset Capital, Japan Energy Fund, Stage One, Airwaves Wireless Electricity and Delta Electronics. The company is headquartered in Watertown, Massachusetts.

About our latest small business news

Our reporters cover all aspects of entrepreneurship. Our coverage is all about giving you news you can use to start and grow your business.