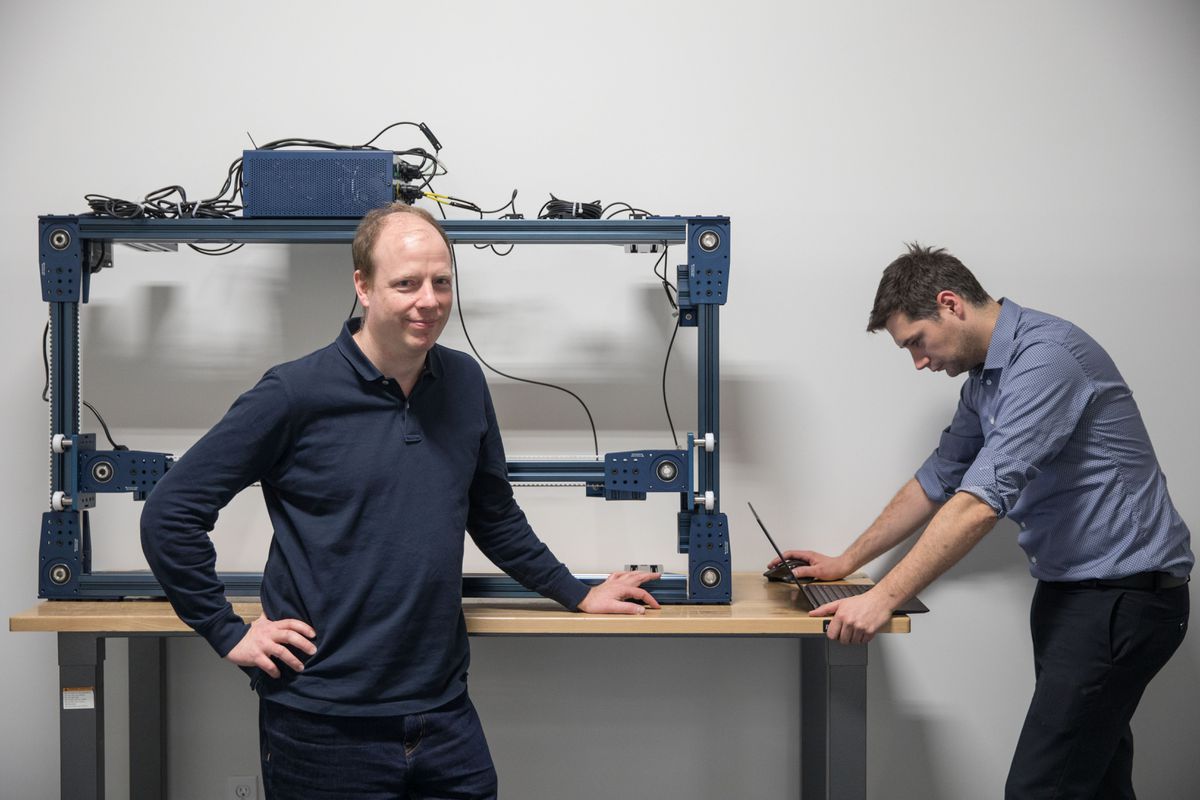 Tech stocks have tumbled and observers expect the bearish current to spill over into private markets. But the numbers in Canada so far tell a different story.

In the first quarter, Canadian companies raised $3.98 billion in venture capital, up 18% from the same period in 2021, according to Refinitiv. Driving the rise: 11 deals valued at over $100 million, including 1Password’s record US$620 million funding. This continued into the second quarter, with Sheertex Holdings Corp., Tailscale Inc. and Neo Financial Technologies Inc. all raising nine-figure funding. This year already ranks second for the number of $100 million transactions in Canada, after 2021.

The latest deal: Montreal-based Vention Inc. announced on Tuesday that it has raised US$95 million ($123 million) led by Toronto-based growth capital firm Georgian Partners, which also led its $38 million funding in 2020 Other participants in the deal, which values ​​Vention at more than $1 billion, include Fidelity Investments Canada, White Star Capital, Bain Capital Ventures and Bolt Ventures.

Its customers are engineers from more than 3,000 factories belonging to companies such as Toyota, General Electric, Tesla, Siemens and Airbus. They create, design and order custom equipment on Vention’s online platform for use in their production lines, including test benches, robotic workstations and assembly lines. Vention supplies hundreds of its own metal building parts, as well as other items supplied by third parties, including robotics giants Fanuc and Universal Robots. It has a library of 2,000 ready-to-use templates, some of which have been created and some of which have been shared by customers. Orders arrive within days in a flat pack with assembly instructions.

Sales of Vention have nearly tripled over the past two years and hover between US$35-45 million per year. It plans to invest its new funds in research and development and global sales efforts. “They created this new category and just grew and continue to be an exceptional company,” said Emily Walsh, lead investor at Georgian.

Mr Lacroix said funding was secured early this year “at the worst possible time” as tech stocks slumped. But Vention received several offers and met its valuation target, he added. The deal was reached at the end of March, but was only announced on Tuesday. “Fortunately for us, the Vention story is very strong, the business performance is very, very strong, and the story just keeps getting better,” he said. Ms Walsh said it was a ‘competitive process’ and ‘it was clear what the market valued the company at’.

Industry participants say there are a few reasons why the continued deal flow for private tech deals despite the government market sell-off. Some deals in recent months have been pegged for the end of 2021 “when the market is better,” said Anthony Mouchantaf, director of venture capital at Royal Bank of Canada’s RBCx innovation banking platform. The number and size of transactions “is a lagging indicator of what’s really going on.”

But eager private capital providers are still actively seeking quality companies, said Allan Goodman, head of the venture capital group at Bay Street law firm Goodmans: “There is always demand for investment in these companies and these companies always need investment”. David Wismer, co-head of global technology and corporate investment banking with BMO Capital Markets, agreed “there’s always usually this flight to quality where the best companies will continue to get good valuations.”

Still, industry players expect a slowdown in private markets this year. Mr Goodman said deals take longer to close because of a “divergence of expectations” between what entrepreneurs and investors think the companies are worth. Chad Bayne, Co-Chair of Osler’s Emerging and High-Growth Practice, Hoskin & Harcourt, said “rounds are underway [but] it’s definitely not as robust as last year. Many venture capitalists take a wait-and-see approach.

Mr. Wismer sees the current aberration between public and private markets as temporary. “I wouldn’t understand if Canadian private markets would be somehow immune to the impacts of the dramatic decline in public equity values,” he said. “In private markets, there will clearly be a bit of accountability.”

Your time is valuable. Receive the Top Business Headlines newsletter in your inbox morning or evening. register today.