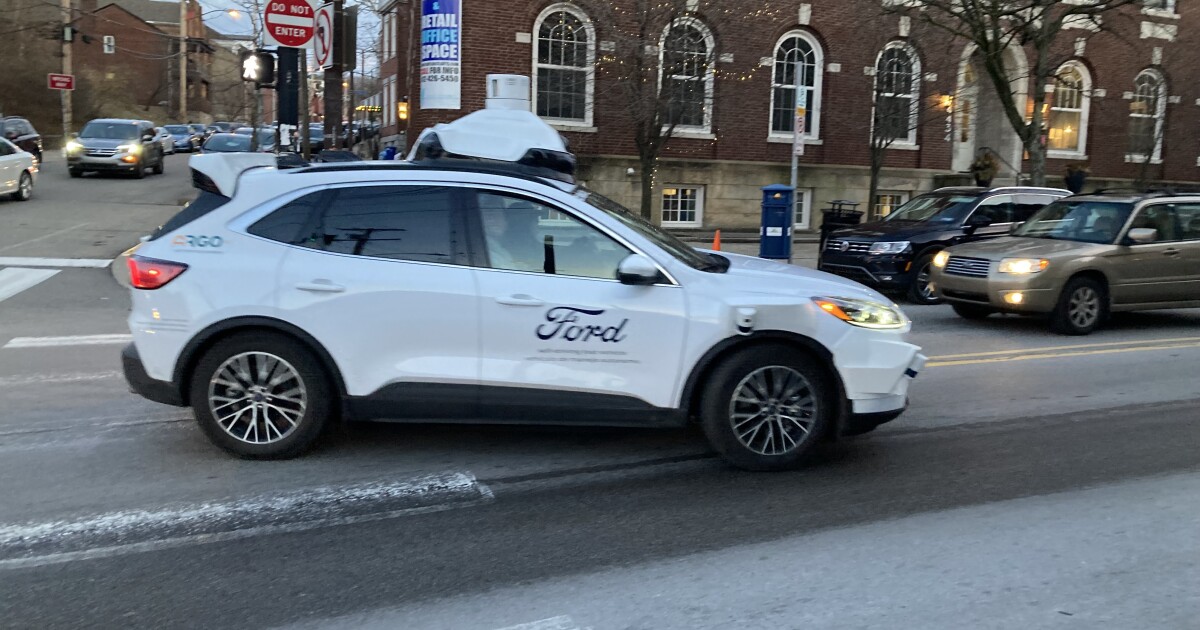 While the autonomous vehicle and robotics sector accounts for the bulk of venture capital invested in southwestern Pennsylvania in recent years, leaders in self-driving technology say government support is also critical to the competitiveness of the region.

In addition to seeking state and federal funding, industry leaders continue to call on Pennsylvania lawmakers to ease restrictions on driverless vehicle testing. Today, state law prohibits the operation of vehicles without a human presence in the driver’s seat.

He spoke at a roundtable hosted by the Pittsburgh Robotics Network Thursday at the New Hazlett Theater on the North Side. His Pittsburgh-based company develops software for self-driving vehicles, and its most prominent investors include Ford and Volkswagen.

A bill pending in the state legislature would allow companies to test vehicles without a driver present. Pennsylvania officials, including Secretary of State for Transport Yassmin Gramian and Governor Tom Wolfsaid they were working with the autonomous tech industry to develop security protocols for testing.

Despite existing regulatory hurdles, the autonomous vehicle and robotics sector attracted 72% of venture capital investments raised by Pittsburgh tech companies between 2019 and 2021, according to a report last month. The research found that sector funding over this three-year period was $5.5 billion locally. Innovation Works, a Pittsburgh-based startup investment and services organization, released the study in conjunction with accounting and consulting firm Ernst and Young.

“Autonomous vehicles have been at the forefront of investment [locally]noted Joel Reed, executive director of the Pittsburgh Robotics Network. “And a lot of that comes from partnerships or joint ventures or direct investments from automakers around the world. That includes Volkswagen Hyundai, Toyota, [General Motors]Ford and others.

“Having the machines themselves run in really unstructured environments… presents a lot of technical challenges,” Reed added. “So there is a lot of investment in developing these core technologies that is needed.”

Like Argo, Aurora and Locomation are headquartered in Pittsburgh. Motional is based in Boston and Waymo in Mountain View, Calif., although both companies have offices in Pittsburgh.

Robotics companies in the region now employ 7,000 people, according to new figures from the Pittsburgh-based Regional Industrial Development Corporation. The organization’s president, Don Smith, said more than 100 companies work in the sector locally.

While the regional labor pool explains the presence of self-sustaining tech companies in Pittsburgh, speakers at Thursday’s event said their success depends on continued workforce development.

Beyond high-tech workers, they said their businesses depended on a range of technical jobs and services such as accounting, vehicle testing and manufacturing.

Aurora’s Urmson said the industry has plenty of room to grow. He compared today’s self-driving cars to the Model T, which Henry Ford began selling more than a century ago.

“Now is not the time to ease off the accelerator and congratulate yourself that everything is fine,” he said. “It feels like it’s time to keep pushing hard to make sure it happens here. [in Pittsburgh] and allow it.

Why Has Venture Capital Investment in the UK Decreased by Crypto Firms?