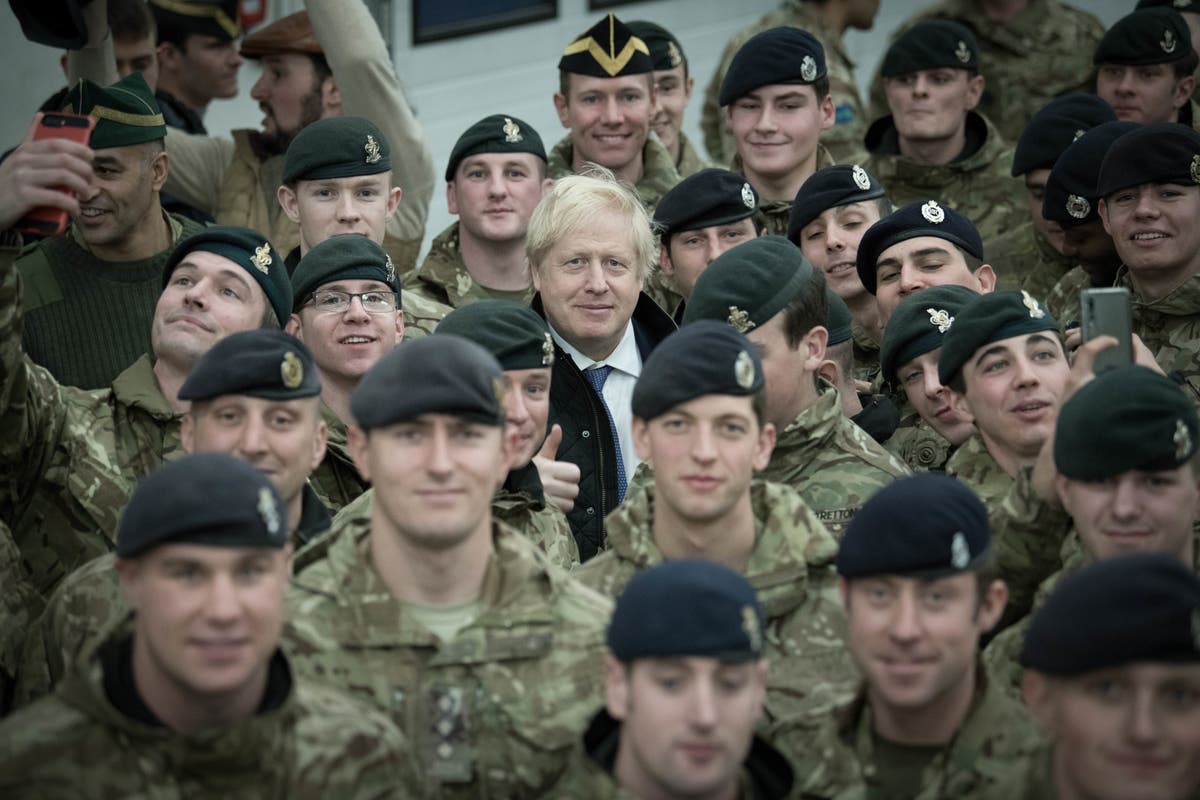 PM will use integrated review to boost investment in domestic industries

oris Johnson will outline plans to boost investment in domestic industries when he announces the results of the government’s comprehensive foreign and defense policy review this week.

The Prime Minister said Britain’s international ambitions must ‘start at home’ as he pledged to use the Integrated Review to ensure the UK is at the forefront of the innovation and â€œadaptâ€ to a more competitive world.

Mr Johnson is expected to advocate for more investment in national infrastructure, innovation and skills – with an incentive to invest in sectors such as defense, technology and alternative energy.

He is said to want the UK to be stronger and more secure, prosperous and resilient by 2030.

The Comprehensive Review – covering foreign, defense, security and development policy – has been touted as the most significant overhaul of the UK’s strategic position since the Cold War.

It will include commitments to build ships in Scotland and armored vehicles in Wales, and will contain plans for satellites to be made in Northern Ireland and lithium to be mined in Cornwall.

Our international ambitions must start at home

In November Mr Johnson announced a Â£ 16.5bn increase in defense spending over four years and said the UK would once again be Europe’s leading naval power, while the RAF would get new jets high-tech and that the military would be modernized.

The plans included creating a dedicated artificial intelligence agency and a ‘space command’ capable of launching the UK’s first rocket by 2022.

Mr Johnson announced this weekend that there would be a “cyber corridor” across the north of England, where the headquarters of the new National Cyber â€‹â€‹Force (NCF) will be based.

The Prime Minister will make a statement in the House of Commons outlining the findings of the review on Tuesday.

Before the statement, he said: â€œThe foundation of our foreign policy is who we are as a country: our values, our strengths and – above all – our people.

â€œSo I am determined to ensure that we have a foreign policy that is up to these people.

The foundation of our foreign policy is who we are as a country: our values, our strengths and, most importantly, our people.

â€œOur international ambitions must start at home and, through the Integrated Review, we will bring the investments back to our communities, ensuring the UK is at the forefront of innovation and creating an all-fit country. to a more competitive world. “

Mr Johnson is also expected to announce in the review that the number of Foreign Office staff based in East Kilbride will increase by 500.

It is the latest Whitehall department to move more staff out of London as part of the government’s “leveling” program.

Former Army chief Gen. Sir Mike Jackson said his “main concern” with the review was the “expected reduction in the number of troops to around 73,000”.

Writing in the Daily Telegraph, the former chief of staff said that further reducing the number of troops in the British Army risked losing Britain “an insignificant strategy”.

General Sir Mike wrote: â€œDefense officials promise a lighter and more agile army. Their calculation is that the capabilities, cyber force and air power of our special forces – backed by investments in advanced technologies and innovative weapon systems – are more relevant to countering the threats of tomorrow. Maybe they are right.

“But to dispel the notion completely, the integrated review must clearly articulate Britain’s post-Brexit goals and its global role.”

While the integrated review is expected to mark the transition from ‘industrial age’ capabilities, such as heavy armor, to future battlefields such as cyber and space, Mr Johnson was warned that the UK Kingdom could be overtaken in a war with Russia.

Members of the Commons Defense Committee said the aging tanks and armored vehicles of the British Army would likely find themselves underarmed and outclassed in any conflict with Russian forces.

In a scathing report, the Committee said a series of botched supply programs meant the military had ended up with a fleet of Armored Fighting Vehicles (AFVs) facing “mass obsolescence.”

He said that whatever the outcome of the review, the military must regain its “credibility” as it currently lacks sufficient armored capabilities to make an “effective contribution” to NATO deterrence.