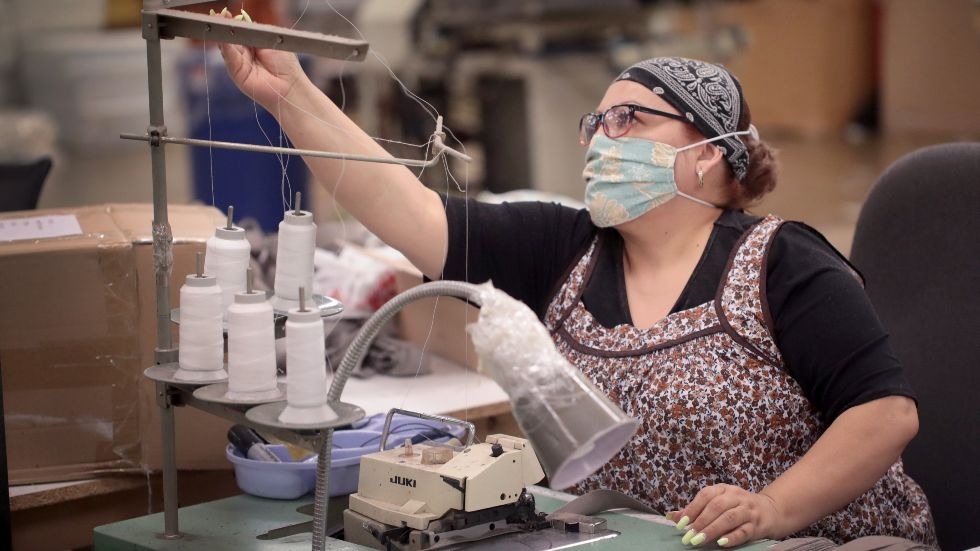 Broken supply chains, canceled orders, exorbitant shipping costs, increased carbon emissions, products contaminated by forced labor and genocide are some of the challenges consumers have faced during the pandemic. Much may stem from America’s overreliance on China for consumer goods.

As the pandemic continues, more global retailers recognize the risks of doing business in China. In turn, savvy companies are turning to the reliable and underutilized supply chains of their own backyards, and our American and neighboring Central American producers are poised to reap the rewards.

The basis for this movement of goods is already established in part through a trade agreement known as Free Trade Agreement between the Dominican Republic and Central America (CAFTA-DR). Although imperfect, the agreement’s rules-based textiles chapter was a key cornerstone that spawned a strong textile and apparel co-production chain with the United States, which facilitates $12.5 billion bilateral trade and supports more than one million workers in the United States and the United States. Region.

A viable supply chain in the CAFTA-DR region for textiles and apparel is one of our best counterweights to China’s global economic influence. It offers more ethical and sustainable sourcing options, fast time to market, rapid inventory replenishment, lower shipping costs and reduced carbon emissions. More importantly, these supply chains are devoid of the heinous human rights abuses sanctioned by the Chinese government.

Notably, the textile supply chain supports the production of essential personal protective equipment (PPE) needed to protect our public health and national security. This impacts over 8,000 pieces of equipment per year for our armed forces.

The agreement also acts as a stabilizing force in our region, promoting investment and production. Since CAFTA-DR, investments in the US spinning industry to supply our regional yarn market have been significant.

More recently, Parkdale Mills, America’s largest yarn producer, announced a Investment of $150 million in a new spinning plant in Honduras and a substantial investment to support existing operations in Hillsville, Virginia, which will create and support well-paying jobs in both countries.

Additionally, Unifi Inc., the largest producer of textured synthetic fibers and yarns in the United States and the region, is currently expanding and modernizing its polyester textured yarn facilities in North Carolina and El Salvador with new expenditures in capital. Gildan, a apparel company with 10 U.S. spinning mills employing 2,300 workers, has invested more than $500 million over the past 10 years in its U.S. operations that supply its operations in the region, supporting nearly 40,000 employees.

These are just three examples of the impacts of large US investments in the region, highlighting its growth potential. A report recently published by Werner Internationalconservatively estimates that if the region’s apparel exports to the United States were to double, a $6 billion in new investment would take place and 2.2 million jobs would be created in the United States and the CAFTA-DR region.

But instead of engaging in increased regional sourcing and taking advantage of this attractive co-production chain, a coalition of brands and distributors are discussing dismantling of this agreement in a backdoor boon for China. Changes to the forward wire rule would cripple our region and promote the ongoing race to the bottom.

We understand that these importers would prefer to replace American textiles with cheaper materials from non-market economies that depend on cotton grown in China’s Xinjiang region, a hotbed of forced labor and genocide.

Although we did not support CAFTA-DR initially due to concerns about American workers, we know that it was carefully designed to provide strict textile rules and considerable flexibilities not commercially available in the region or in the United States. United. It appears that the mechanics of the agreement are working as intended.

Weakening CAFTA-DR textile rules would devastate the textile and apparel industries of the United States and Central America, displacing an estimated 550,000 workers.

It is critical that we develop and promote policies that further stimulate capital investment and procurement commitments here at home and in our region. There are proactive policies outlined in the Werner International report that would help unlock more investment in the United States and the CAFTA-DR region, including supporting industrial expansion efforts, providing financing and loan, and other incentives.

By relying on domestic and regional co-production and sourcing, apparel brands and retailers can avoid the taint of Chinese supply chains that plague American and regional industries. Furthermore, it would support a strong and resilient textile and apparel production chain that responds quickly to crises, thereby improving our public health and military preparedness.

During the current supply chain crisis, the opportunities could not be riper to move textile and apparel production to our home and region, resulting in a win-win situation for American workers and of Central America, the environment and our supply chain.

The Hill has removed its comments section, as there are many other forums for readers to join in the conversation. We invite you to join the discussion on Facebook and Twitter.

Blockchain companies boosted by a wave of venture capital funding