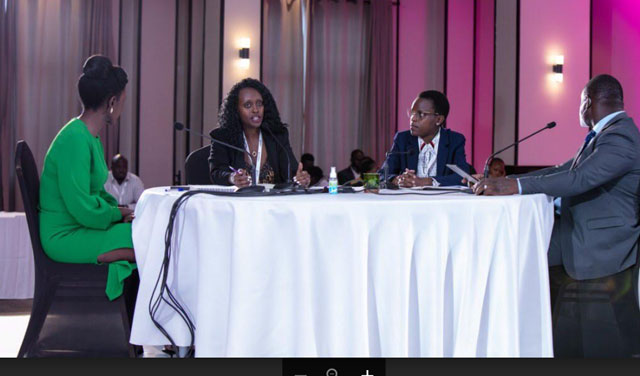 Kampala, Uganda | ISAAC KHISA | Ugandan companies have the opportunity to tap into venture capital to facilitate their growth and expansion, but they have limited information about their existence and how they operate.

Doris Acheng, Uganda Coordinator of the East African Venture Capital Association said at the Economic Mkutano 2021 held at the Mestil Hotel in Kampala on November 23 under the theme â€œBuilding a sustainable and competitive industrial sector in Uganda ‘there are many fund companies looking to invest in local businesses them, but they are nowhere to be found.

â€œThere are a significant number of mainly pan-African venture capital funds. The problem is not on the supply side. Some of them have technical assistance facilities to increase the capacity of African companies to absorb this capital, â€she said.

â€œThere is a need to sensitize SMEs to alternative sources of finance such as venture capital. The successes of companies that have grown through venture capital must be made public.

This comes as small businesses protest against their inability to access long-term funds from the government-owned Development Bank of Uganda. The situation is complicated by the high interest rates charged by private financial institutions.

Meanwhile, Andrew Mugerwa, director of the Uganda Development Corporation, said the investment arm of the government is considering seeking additional funds from venture capital to invest in struggling but promising industrial companies across the country. .

This, he said, is due to limited government funds. Currently the government is extending Shs 50 billion per year although this figure increased last year.

Professor Pamela K. Mbabazi, Chairman of the Board of the National Planning Authority, said that due to the fact that the manufacturing sector in Uganda is dominated by small and medium enterprises (SMEs), which make up around 93.5% of companies operating in the sector, they are generally not able to reap the benefits of economies of scale.

“… given the strong correlation between company size and export capacity, these SMEs have found it difficult to compete internationally,” she said, citing a study by the World Bank in 2017 which indicated that out of the top 500 companies in Africa, Uganda had only three. companies on the list, and none of them belonged to the manufacturing sub-sector.

Prof Mbabazi said that in order for the country to meet the goal of National Development Plan III, the government will consider taking various measures, including imposing higher import tariffs on selected commodities that are produced in the country or that could be produced competitively here; accelerate the construction of industrial parks to effectively increase the access of potential manufacturers to strategic infrastructure; and review tax policy to promote local investments in industrialization.

She said that the Scientific, Technological and Innovation Development Program working group had already given priority to the development of eight industrial value chains, namely: iron and steel, engineering, mobility, agro-industry, beauty and clothing, pathogens, digitalization, and related oil and gas and petrochemical industries.

“This working group, with the support of the National Planning Authority, will provide an effective coordination framework for the development of these industrial value chains by working hand in hand with promising industrial establishments and innovators to create a model efficient business and strong ecosystems. ,” she said.

The master plan should drive the investment program