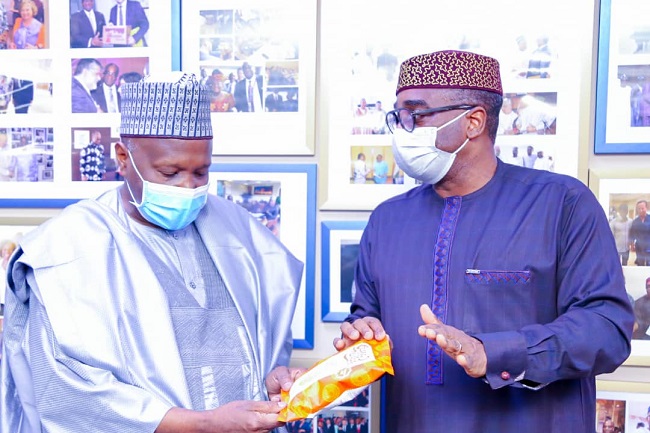 Gombe State Governor Inuwa Yahaya said his administration is putting in place an institutional framework to create an enabling environment for the investment and export of agro-allies in the state.

Inuwa said this when he visited the executive director of the Nigerian Export Promotion Council, NEPC in Abuja.

The governor who was at the NEPC headquarters as part of his efforts to forge stronger and strategic partnerships to generate new investment opportunities told his host that the 1,000 hectare industrial park in Gombe State , which is designated as an economic and agro-processing area, is set up to facilitate rapid industrialization and value chain development.

He also said that the Wawa-Zange Grazing Reserve will help boost animal production and exports, as his administration’s vision is to capitalize on the state’s comparative advantage in agriculture and other areas. agro-allied products.

The Governor noted that with a total landmass of over 20,000 square kilometers and a growing population of around 3.5 million with a gross domestic product GDP of over $ 2.5 million, the Gombe State is undoubtedly a commercial hub in the sub-region.

He added that the state’s strategic location in the center of the Northeast also places it in a position of strong reputation as a commercial hub since the 1960s and home to many cottage industries.

He sought a partnership with the agency in its drive to attract investors to Gombe, saying that “given our geographic and strategic advantage, the northeast warehouse should be hosted in Gombe and NEPC should also open its office. NE regional in Gombe. He assured that for its part, the government of Gombe State will provide all the necessary support in this direction.

The Executive Director of the Nigerian Export Promotion Council, Mr. Olusegun Awolowo, said that the NEPC is satisfied with the contribution of Gombe State to the production of agricultural products and will do whatever is necessary to exploit the products which have State export potential such as tomatoes, sunflowers, peanuts, corn, sesame seeds among others.

He said the Council would work with Gombe State to comprehensively consider areas that may benefit the state and its people, just as it disclosed a plan to establish a joint facility center in Gombe to support the development of the value chain with a view to exporting to ensure that the products meet international standards.

The NEDC boss said that in order for the country to emerge from the current economic challenges, the accumulation must come from the states because, unlike the federal government, the second level of government has all it takes to create jobs and boost economic growth. ‘economy.

He said that when the Council launched the zero oil plan which encourages the country to survive on oil revenues, few Nigerians believed it, saying it is gradually becoming clear that sooner or later the world will have nothing to do with it. with black gold.

He explained that it is to keep this development that the council introduced the 22 strategic sectors that encourage Nigerians to increase production and productivity so that the country can build a manly economy that will support the Nigerian state as stated in a Ismaila Uba Misilli’s press release. , Managing Director, (Press Affairs) Government House, Gombe.

YOU MUST NOT MISS THESE NIGERIAN TRIBUNE TITLES

We haven’t had a water supply for months – Abeokuta residents