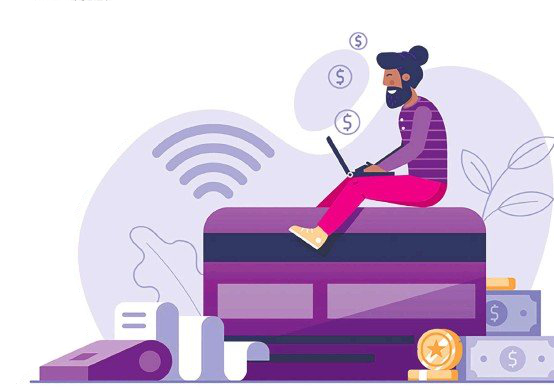 The South African venture capital (VC) industry has started 2022 with a bang. In January, Africa’s largest game publisher, Cape Town-based Carry1st, announced that it had raised $20 million in seed funding from one of venture capital funding’s rock stars, Andreessen. Horowitz, with the participation of Avenir and Google.

Not to be outdone, TallOrder Solutions, which develops cloud-based point-of-sale solutions, announced that it had secured additional local funding of R47 million, bringing its total funding to R80 million; Wamly, the one-way video interview software start-up, has announced that it has secured a second-round investment from South African venture capital firm Knife Capital; and on-demand payment provider Floatpays secured just under $4 million in an oversubscribed seed funding round to help it expand across Africa.

“The year has definitely started off with a bang,” says Fabian Whate, managing director of tech investor Naspers Foundry. “We have a number of pending transactions that we expect to complete by the first quarter.”

This is a continuation of activity levels seen in 2021, adds Keet van Zyl, co-founder of Knife Capital. “The ecosystem is definitely heating up.”

When it comes to investing in tech start-ups, South Africa is not alone. Across the continent, more than 740 tech start-ups raised nearly $5 billion last year as US investors recognized that local companies were developing solutions tailored to the needs of the continent’s tech-savvy population. Africa is in the midst of a massive generational shift and with it a technological revolution. A young, middle-class and rapidly growing population – 1.3 billion people with an average age of 19 – is in the driver’s seat.

Similar to other emerging markets like India or China, this generation is mobile first, relying on their cellphones for all aspects of their lives – from work to finance, socializing and entertainment.

Nigeria attracted the most funding, followed by South Africa, Kenya and Egypt, according to the latest Africa Investment Report from Briter Bridges.

Nearly 60% of that goes into fintech. “The fintech sector was initially dominated by providers of payment processing solutions,” says Christoff Pienaar, head of the technology, media and telecommunications practice at law firm Cliffe Dekker Hofmeyr.

“This has led to the development of mobile wallets, money transfer services, microloans and payment products like Yoco, SnapScan and Zapper.”

The rapid development and use cases in the crypto space are also driving innovation, backed by South African regulators, who have closely followed the development of the technology but not hindered it. Beyond the fintech market, companies in insurtech, telemedicine, e-learning, e-commerce and carpooling are among those attracting investor interest, he says.

A notable change last year was that nearly two-thirds of the continent’s 20 largest deals involved foreign investors, a reversal from the past when nearly all investment was local. For example, Bezos Expeditions and Andreessen Horowitz made inaugural investments in Africa. And companies such as Endeavor Catalyst and Ribbit Capital have been involved in at least three deals each, according to Briter Bridges.

“Africa is financially underserved,” says Mark Taylor, capital raising specialist at Mazars in South Africa. “But this is nothing new for Africans. We’ve faced complex challenges that Silicon Valley hasn’t – bandwidth, access to smartphones, customers who can afford to pay, access to good coders, and technical skills. We have less, so we’re resourceful and problem-solving. This has resulted in some interesting and vibrant fintech markets and international investors are taking notice.

Silicon Valley accelerators, like Y-Combinator, have also turned to African start-ups. In addition to an initial investment of around $500,000 in a start-up, the accelerator works intensively with the company and its founders for three months, to shape them and refine their pitch to investors. Each cycle culminates in a demo day, when start-ups showcase their businesses to a carefully selected, invitation-only audience.

“You can’t underestimate the importance of someone like this opening doors for you,” says Floatpays founder and Accelerator graduate Simon Ward. “They can open doors you wouldn’t even think to knock on.”

South Africa, which has the added advantage of a sophisticated banking and telecommunications infrastructure, also has other catalysts, says Van Zyl.

One is the role of the Fonds PME SA. Created by members of the CEO Initiative, the SA SME Fund, which channels its funds to established and diversified venture capital firms with proven track records, has injected R1.3 billion into the southern venture capital ecosystem -African over the past two years. “In a short time, it has become the biggest VC funder of all time! It shows how quickly something like this can make a difference,” says Van Zyl.

Slowly, some companies in the investment community are realizing that this is an asset class worth supporting. In addition to committing $10 million to Knife Capital’s African series expansion fund, the Mineworkers Investment Company launched MIC Khulisani Ventures last year. It is a R150 million seed investment vehicle targeting innovative and high growth Black-owned businesses in South Africa.

Local banks, aware that their business models and margins are under pressure, are also adopting fintech companies and building ecosystems that support the development of disruptive start-ups.

It’s all built on the success of disruptors like Yoco and software company Aerobotics, which came behind pioneers like Clickatell and Thawte Consulting.

High profile exits like those from GetSmarter, PayFast and Luno reassure investors that there are options when it comes to exiting their investments.

“People are cautiously optimistic about the future,” Whate says.

“But for the money to keep coming, the recipient companies have to live up to expectations. At the end of the day, guys who invest money need to know that they can make money. DM168